Welcome to another exciting week in the BlackPool Universe.

We have updates to follow from our Cometh Pilots and Sorare Squadron, but first let's take a closer look at what has been happening over in Axie Infinity this week...

There must be something in the water over in the Axiverse.

It seems as though the massive increase in Axie population has not just been affecting our research teams. The entire Axie universe is bursting at the seams and teeming with new life!

BlackPool Academy has added 22 more scholars this week bringing our total up to 232 overall. As well as this, our number of Axies has swelled to an impressive 1262, thanks in part to our rigorous breeding programme, which has seen impressive results both in quantity and quality of Axies.

The Axie Marketplace has remained an incredibly strong trade environment over this past week with sales of approximately $3.5 million a day in volume. This is also backed up with a very strong SLP price and extremely promising burn to mint ratios.

Due to the increased demand and high level of server activity, the Axie Infinity team have decided to temporarily halt daily quests for the foreseeable future. Obviously this aims to ease the pressure on servers but unfortunately it may also impact our yield in the short term.

But hey, it ain't all about the SLP right? The really encouraging thing to take from this weeks review is the fact that so many new scholars and players are being warmly welcomed into this ever growing ecosystem which has such potential to do good. Watch this space for more information on the social impact of Axie infinity over the coming weeks.

A total of ~$100,000 prize is going to be distributed across the 3 competitions, as well as an NFT prize for the winners. The BlackPool fleet has been in training for months and is now more than ready to enter the tournament and hopefully bring home the top prize!

Cometh also announced the release of the 'Galactic Academy' to help onboard newcomers to Blockchain, through gaming and DeFi, educating newcomers on things such as token swaps, liquidity mining and cryptoeconomics. This is the latest in a series of academies and strategies aimed at helping more people into the space, with Stake DAO also launching their academy earlier this week.

We have been informed that soon, new ship collections are going to be released in the tube using a new process of an LP contest lasting 1 month. We can expect the same process to be applied for new collections of ships in the future.

Last week we said goodbye to three fine pilots while re-structuring the fleet. As a result, our weekly achievements are not quite on par with previous successes but this will be rectified in the coming weeks as we really give it our all in the run up to tournament season.

We wish our ex-pilots all the best in their future endeavours and fly the BlackPool flag in their honour.

As the world of football began preparing for the start of the European championship here on earth, things were understandably a little quieter over in the Sorare quadrant this week.

Despite this, our managers were still able to pick up four first place finishes over the 2 game weeks, as well as winning approximately 3.5 ETH of prizes and raising a further 10 through sales!

Manager 3 further strengthened their Asia Uniques with 3 strong acquisitions this week, including the National Team GK for just 1.13 ETH!

For the Euros and Copa America, a new Global Nations Tournament is soon opening. This will replace the Special Weekly Tournaments over the next month and offer additional card prizes.

With all the hype around the Euros currently fuelling football fans, as well as the launches of new clubs and some great media attention courtesy of Antoine Griezmann, the next few months of Sorare promise to be as exciting as they are profitable.

We will continue to keep you updated through our Twitter and Telegram groups, as well as providing a weekly updates roundup here at the new home of our newsletter and blog.

Kong be with you. 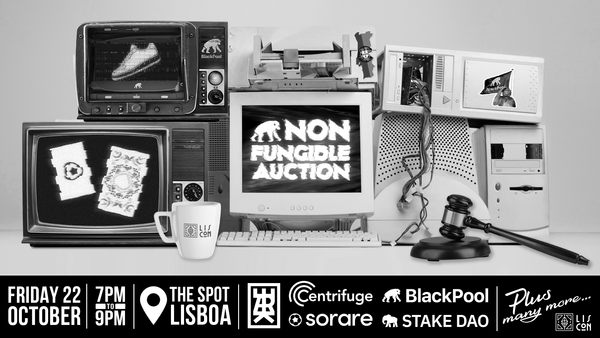 Following the success of the first edition in Paris for EthCC last July, BlackPool wrapped up the LisCon week in style on Friday evening, with another IRL NFT auction organised with amazing partners. 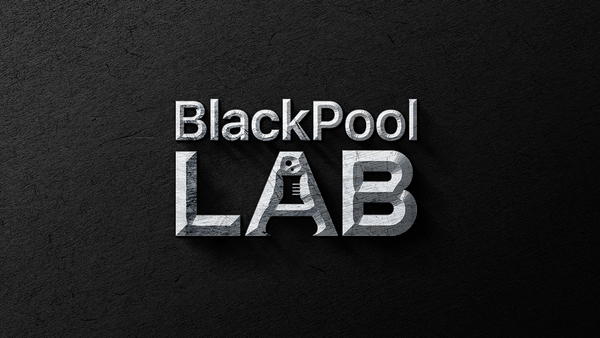 Introducing The Lab, BlackPool’s Research and Development department. Together, we research, invest and reap the rewards but we must do this methodically. 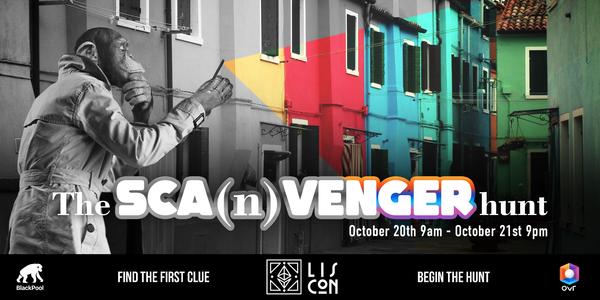 Let the Hunt begin! Your journey to win a place at our highly acclaimed Brunchpool begins here.