BlackPool has had a very strong, healthy entry into 2022 with even more exciting things just around the corner. Dive in with us into the latest Quarterly Progress Report to find out everything about our financials, enjoy some intriguing conclusions from our Lab analyses and catch up what's been cooking on the governance front.

Without further ado, let's hit it!

The roadmap ahead can be summarised as such:

Revenues were generally stable in the last quarter for the Sorare vertical but decreased for Axie Infinity due to the consequential impacts of the Ronin Bridge Hack. All BlackPool-owned assets remain safe and in hand.

Even if the majority of revenues come from the Sorare vertical momentarily, we are seeing the birth of new verticals (Aavegotchi and CyBall), launched in the last weeks of March which are already generating yield by employing 300+ scholars. We anticipate increased inflows to BlackPool as these verticals evolve and scale.

The main cost items are:

Investments carried out in Q1 have been focused on doubling down on a few projects, as our in-house experts agreed to strengthen our positions, as well as making bold moves on highly promising, long-term projects on Ethereum mainnet and Arbitrum. Diversification was a core component of our strategy with an increasing proportion of investments made outside of our current well-established Troops, namely Sorare and Axie Infinity.

We established ourselves as key investors in the Treasure ecosystem with a strong involvement and much more yet to come in Q3. Projects on popular blockchains such as Solana and BSC have also been carefully selected for investment after a large-scope screening and in-depth investigations.

The BlackPool Treasury has been growing steadily and sustainably in the last quarter, due to price appreciation of assets/investments and net earnings coming from the verticals.

Moreover, we decided to deleverage completely in the last months, due to uncertainty in the market, reducing the debt amount to 0.

The Treasury is divided mainly into three different wallets:

and is composed of different assets with the following breakdown, for a total DAO value of around $9M:

The consolidated Balance Sheet accounts for $24.46M and has the following breakdown:

The graph below shows the assets which are backing each BPT token and has been calculated as Total Asset/Circulating Supply.

At the moment, each BPT is backed by a combination of liquid and illiquid assets for a total of $3.75, making the token heavily undervalued in current market conditions.

A new governance framework was proposed in Q1 to improve DAO activity.

Each proposal requires a 2 days feedback period minimum on the Forum before posting on Snapshot. The proposals can be filled in different categories depending on the topic:

As we’re still in the migration phase to veBPT, the quorum for each category will be voted on later.

A new category was created on the Forum for treasury allocations and reports. 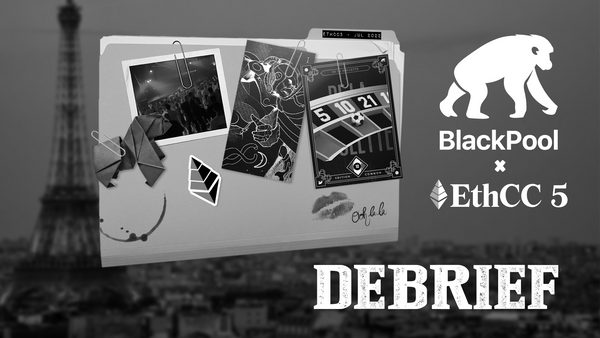 Troupes! (Yes, we speak french here now. Baguette). ETHCC 2022 was a blast! BlackPool and the Herd organised events where we met fellow apes and some of you!

The BlackPool Progress Report for Q2 of 2022 is now available to view. Providing all the most recent details on our current progress as well as predictions for the coming months. 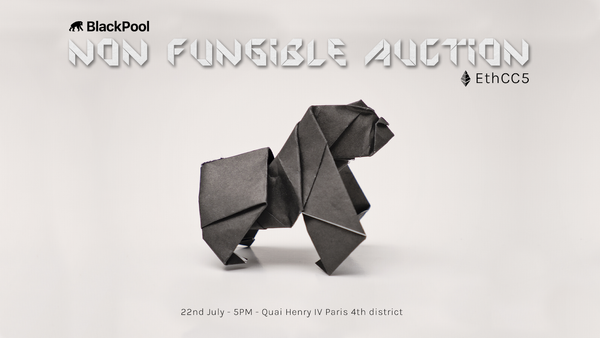 La tradition continues with our anniversary auction. The first Non Fungible Auction took place in Paris during ETHcc 2021 and in Paris we're back!