Play to earn is not just a way to provide enough of a living wage for scholars, but allows them to use the additional income as a launchpad to improve their standing and quality of life.

I would like to start this edition with the second piece of scholar-submitted writing to the newsletter, courtesy of Guest Author Faith Butche from Sitio Trozo, San Carlos, Philippines. Faith has been somewhat of an unsung hero of the BlackPool Academy Community, acting an an event organiser and treasurer for community charity projects; collecting and distributing funds (SLP) and involving many scholars from across the Academy. She has created large events giving food packs to those in need across the city of San Carlos; previously the pedicab drivers (red bags) and relief for 80 families who lost their homes in a fire (green bags). She plans events like this on a monthly basis, each time attracting more and more scholars to add to the cause.

What follows is her latest report summary of events, including trekking up mountains and across rivers to delivery aid to remote villages, and charitable donations to the hearing impaired.

For the past 5 months at BlackPool Academy, the scholars have undergone lots of programs and activities in order that we could share our blessings to our dear poorest of the poor, who lack of common necessities like  food, clothes, education and shelter. On behalf of the BlackPool Academy, our efforts, initiatives and financial attributes have been shared to build a better community as well as to help people who are most desperately in need.

Through the funds that we had collected from the group of scholars, we’re proud and happy that we have shared and cared our neighbours, even the smallest donation makes a difference. We are rewarded with a simple smile on their faces when they received the food packs with noodles, rice and canned goods, along with  juice and cupcakes for the children.

It is the 23rd day of October,2021 and we begun our journey by walking over mountains and crossing through the river just to make sure our shared blessings will reach to the people in the remote uplands region of Brgy Buluangan. It is 30 minutes to get there when you ride a motorcycle, so many hours spent on foot and then going from house to house.  And here we are giving food packs to the them with a smile from their hearts.

Even rain or shine we are still doing our best for community! 50 packs were put together and shared to the people living in this remote area.

In addition, a donation was made to the deaf / hearing impaired individuals of San Carlos, chosen to be the next beneficiary of our project. They were also given food packs to recognize their presence in the community. They belong to the poorest to the poor for their incapability to hear but through the effort of BlackPool Academy Scholars, they are all recognized and we’re happy to be responded with a smile and sign language expressing “THANK YOU”.

This was the 3rd batch of supplies, where BlackPool Academy scholars came together to give some of their SLP earnings to the community. Being united and having common goals are the best things to make us more productive to the community.  Let me end by saying words of  gratitude to our group for the success  of this activity: THANK YOU SO MUCH & GODBLESS! ~ Faith Butche

One of the issues to overcome with play-to-earn gaming in South America is the poor phone signal and low bandwidth/data limits, especially rurally, outside of the main cities. The telephone company VIRAL have announced they will  accept payment for their phone services in cryptocurrencies such as SLP, the Axie Infinity game token. Latin American scholars can earn SLP with an Axie scholarship, and pay their phone bill directly with it!

Manu Terrones Godoy, known to his 800,000 Spanish speaking Twitch & YouTube followers as KmanuS88, is one of the founders of the project, and produces lots of play-to-earn gaming content and educational videos. By providing large data plans, and allowing payment in SLP, this real-world adoption case eases the onboarding of new scholars in South America, making it more accessible and affordable to play-to-earn.

For me, to be part of BlackPool Academy is a big privilege. To allow me, as a university student, to provide funding for my tuition for my education, so I'm very thankful to our managers and to the owners & investors in BlackPool ~ Neil Badiles

Scholars Donate Phones to Onboard New Players In Need

Scholar SUB-ZERO reached out to me about a special case of a Venezuelan family with few resources, whose son Isaac needs specials medical treatment. Both Isaac's parents, whilst qualifying and being approved a BlackPool Scholarship, did not own mobile phones capable of playing Axie, neither did they have the available funds to purchase them due to their son's medical bills.

SUB-ZERO took it upon himself to donate a phone, and received another phone donated by Motikoy | YGG, before driving 6 hours to meet with the family; to gift them the phones, help them to set-up their accounts/ronin wallets, and teach them in person how to play Axie. Truly a fantastic effort for a worthy cause!

It was a pleasure to be part of this process, it feels great to help this little bro: that's it! My greatest satisfaction so far! ~ SUB-ZERO

This is a great example of Play-To-Earn Guilds working together for the greater community; SUB-ZERO & Motikoy | YGG - we salute your amazing efforts in helping onboard those most in need to join the play-to-earn revolution!

UPDATE: Despite only playing for 1 month, Issac's Father, who now goes by Scorpion | Blackpool Academy, has become a dedicated and competitive scholar, and his talent for the game has secured him a place in The BlackPool Apes competitive eSports team, with one of the highest MMR arena ranks in the Academy! He will soon represent the Academy in tournaments and play-to-earn on the competitive stage. Once again, this goes to show the possibilities that occur when people are given the tools to help themselves.

Dondie | BlackPool Academy has opened a startup food cart business selling delights  he cooks such as sizzling pork, egg omelettes and salted egg chicken wings. Sisig is a Filipino dish made from pork belly and chicken liver which is usually seasoned with calamansi, onions, and chili peppers.

Sitio Lawis,Barangay Buluangan,San Carlos City,Negros Occidental - 45 households were without access to water as the jetmatic pump that supplies the area was non-functioning and unable to supply potable water for the residents.

BlackPool Academy scholars Faith & Yedda stepped up to oversea purchase and installation of a new jetmatic pump. By ensuring that the local community is involved in the project, allowing community members to mobilise and organise around the installation, they are able to lean about it's maintenance and upkeep. In the long run, this initial commitment to the project means it will be valued and cared for by the community.

"We felt blessed that we have BLACKPOOL Managers especially Sir Tonberry who donated to this project to help it be realized. The residents of Sitio Lawis are very thankful to the effort of the BLACKPOOL Scholars who initiated an effort and with this they experienced abundant potable water supply." ~Faith & Yedda

It's hard to believe that more often than not, the clean water a developing community desperately needs is right underneath them; sometimes it's simply updating old equipment to allow free flowing access. And it's amazing how a relatively small investment can make such a dramatic difference in so many lives.

BlackPool Scholars and aspiring applicants have been hard at work cleaning up the beaches and coast around Proper Buluangan ,San Carlos City. Unsegregated litter and waste is a rampant problem in the Philippines; biodegradable and non-biodegradable waste are scattered and discarded on the formally beautiful landscape, and is very toxic to living things in the sea.

The team collected 4 sacks of biodegradable waste and 6 sacks of  non-biodegradable for a total of 10 sacks of garbage. The purpose behind the activity was not just to clean up the coast, but to engage members of the public and make them aware of the importance of proper disposal of waste so that we can change perceptions and  behaviors that cause pollution.

If you have any interesting stories that you would like to submit for inclusion in the next community newsletter, an article you’ve written, or you would like to know more about becoming a BlackPool Academy Scholar, head on over to our Discord. See you next month! 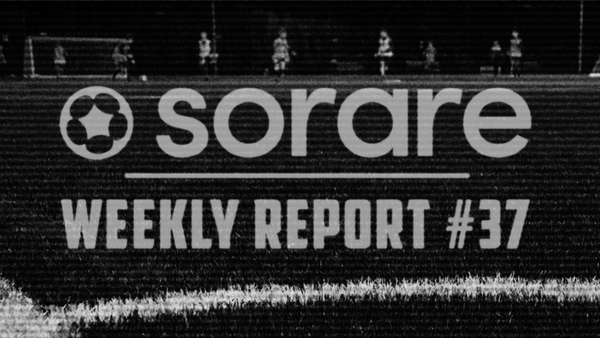 18 ETH of prizes, an update to our valuation tool and a couple of major coups at auction all covered in this week's report! 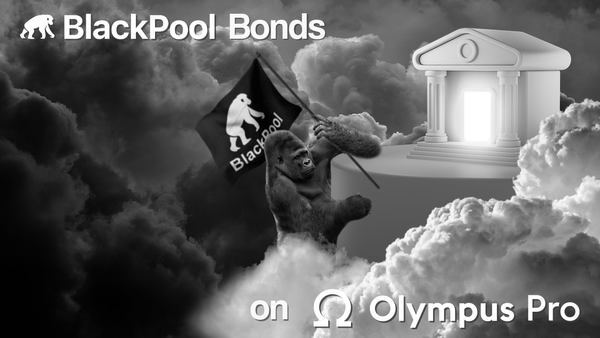 What are bonds and why are they useful to BlackPool and its community?